Running, gunning and shooting from the hip!

It was such a relief to just have The Samaritan (I'm not the only one who names my cameras, right?) with me while I mess about with lights reflectors and camp gesticulations.© James Macdonald

It's always amused me, how the photography world is full of gun-lore metaphors. We shoot pictures with our lens barrels and fire flashes with triggers and sometimes we shoot from the hip or run-and-gun all over the focal plane.

So I did chuckle a little when I was handed the Spider Pro camera harness to try... it just looks like a side-arm holster, mixing modern combat materials with a slightly wild west gun belt style, a holster for fast-shooting camera slingers - yeeha!

But there's an obviously revolutionary concept behind the Spider.

It's quickly apparent that it's designed for photographers who need to move freely and shoot quickly without the awkward business of zipping/unzipping bags, especially since the most popular place for camera bags is on our backs these days.

And that brings me to the other most obvious advantage of the Spider Pro "rig" (I can't help diving for the military terms - this thing brings out the Action man in me). Like the camera backpack, this thing could save you from back injury, the career-crushing scourge of so many pro photographers.

Carrying a camera - or better, a brace of cameras with the Spider is a matter of attaching the incredibly sturdily-engineered baseplates to the cameras (using the very nattily-stowed, spring-loaded Allen key), and slip-dropping the un-guarded camera into the uniquely-designed slide-bracket on the belt.

The design of the pin allows your Precious to sit at your hip and any angle, resting against the big webbing pad, that is now it's only protection. The weight of the camera kind of holds it there.

For the clumsy, the paranoid and the more randomly athletic user, there's a safety clip that drops down with a finger click, so it can't drop out.

It was suggested I try a handstand to see if it really worked. I didn't, but I'm sure it would if I did.

First, the quick draw. How quickly could a hip-shooter pull his camera and fire? Well, I guess the Spider requires a little getting used to, as on my first attempt (and second) I'd left the clip on, so was tugging away at my 5D. But after that, it is a very cool and quick way to just "drop" your camera. Something I personally do far too often on a shoot is put my camera down and walk off. I'm probably the only dumb-ass in the world that does this... maybe. It was such a relief to just have The Samaritan (I'm not the only one who names my cameras, right?) with me while I fart about with lights reflectors and camp gesticulations.

It was all going so well until I tried to sit down. The Samaritan clomped horribly on the side of the chair. It was fine, but a lesser-built model would have suffered. The Spider is quite uncompromising when it comes to camera protection.

Second test was The Run. Events photographers, covering weddings or news stories will know this well - sprinting with two cameras and some big lenses is no mean feat, especially if they're dangling around your neck. Chiropracters live on this stuff.

The Spider is good for this, and the cameras ride well, so long as you rest a hand on them. I actually managed a turn of speed, though I say so myself.

The trouble is, I'd need my bag with me, sprinting away from all that expensive clobber doesn't look good on insurance claims after all. And there's the other niggle with the Spider; It doesn't ride well with a backpack, as it's taken the space of the all-important waist or hip strap.

It seems there's an opportunity here. The Spider actually needs to carry more than just the dangling cameras - just a place for lens caps and filters would be a start. It could potentially, maybe possibly replace the camera bag in normal use, not just the evil old neck-strap. Or do we need an integrated bag system? I wonder if the obviously brilliant Spider engineers have started spinning one up?

The value of carry-kit like the Spider is easily underestimated. There's an old photography truism that says, "the best camera you can have is the one that's with you when you need to make a picture". This thing is certainly great for keeping your kit with you and available when you need it. It seems like it's designed with pro or semi-pro news and wedding photographers in mind - anyone who has to move and change quickly and unpredictably. It seems quite a masculine piece of kit ( I'd love to hear from any women who use it) and it looks like a photographer's answer to the tradesman's tool belt. My Macho identity problems aside, it's very cleverly engineered, definitely built to last and a godsend for any of the many photographers who suffer from the dreaded neck-crick and S-shaped spine.

The Spider Pro has got me nearer to ditching the bag. Let me know if you want me to try that handstand? 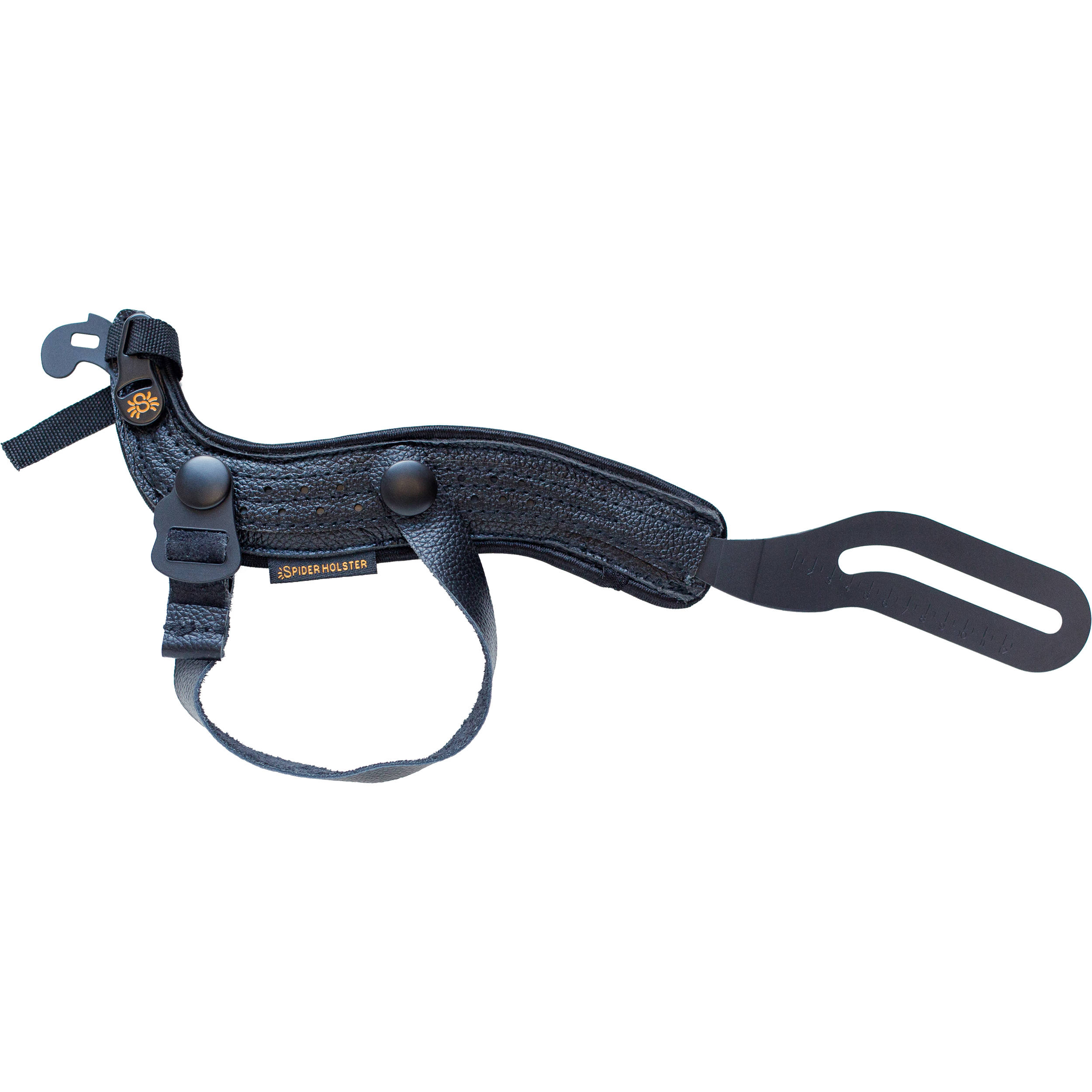 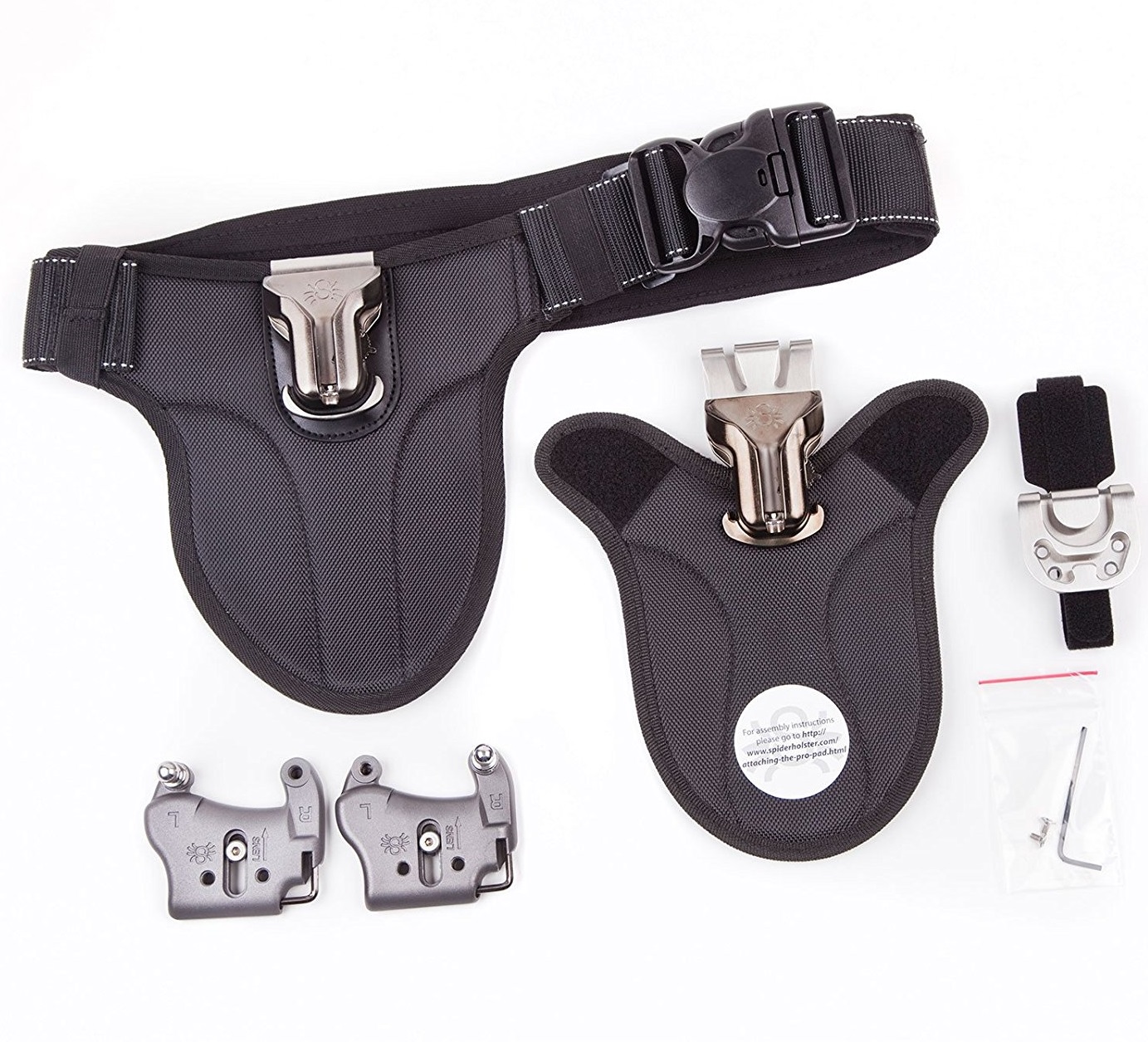 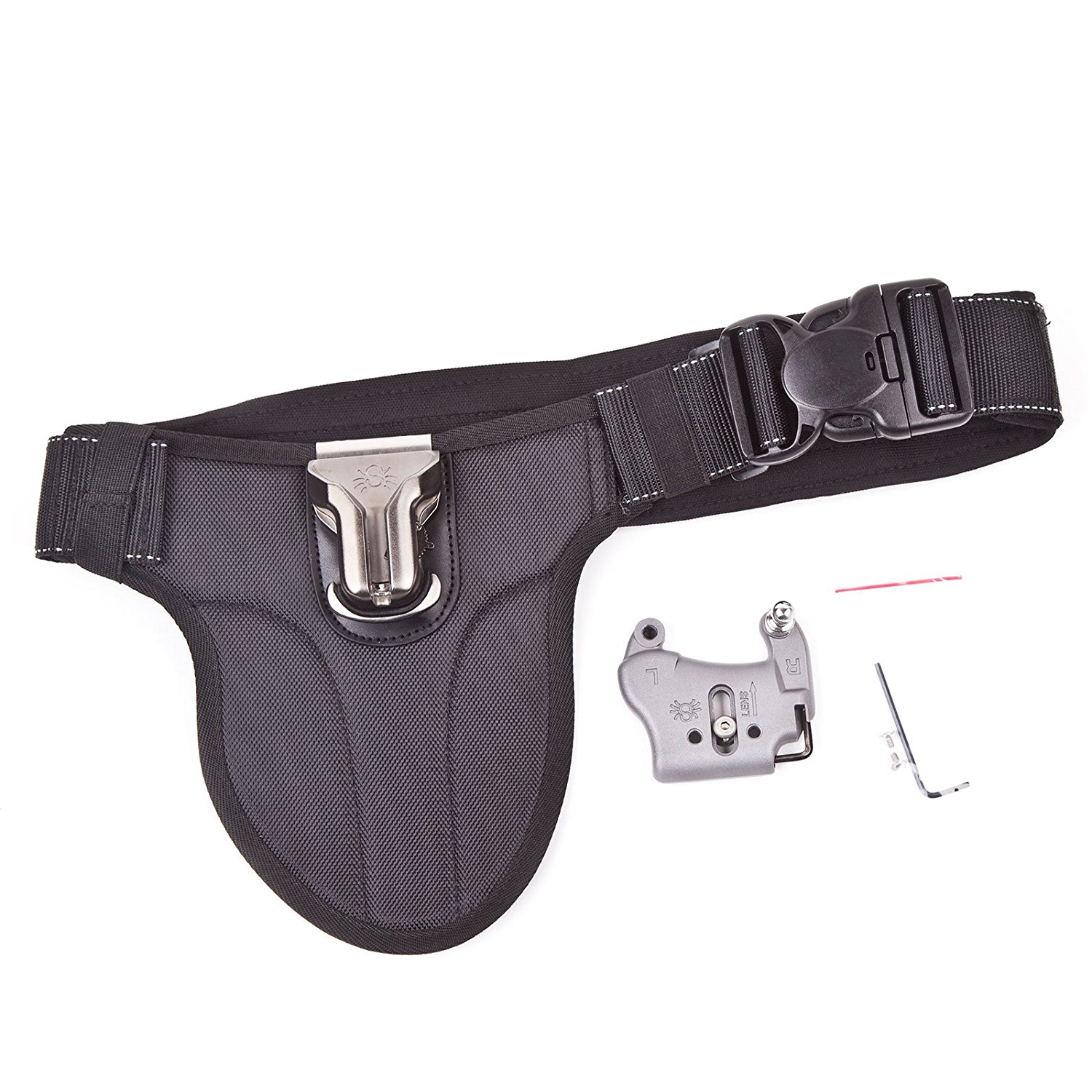 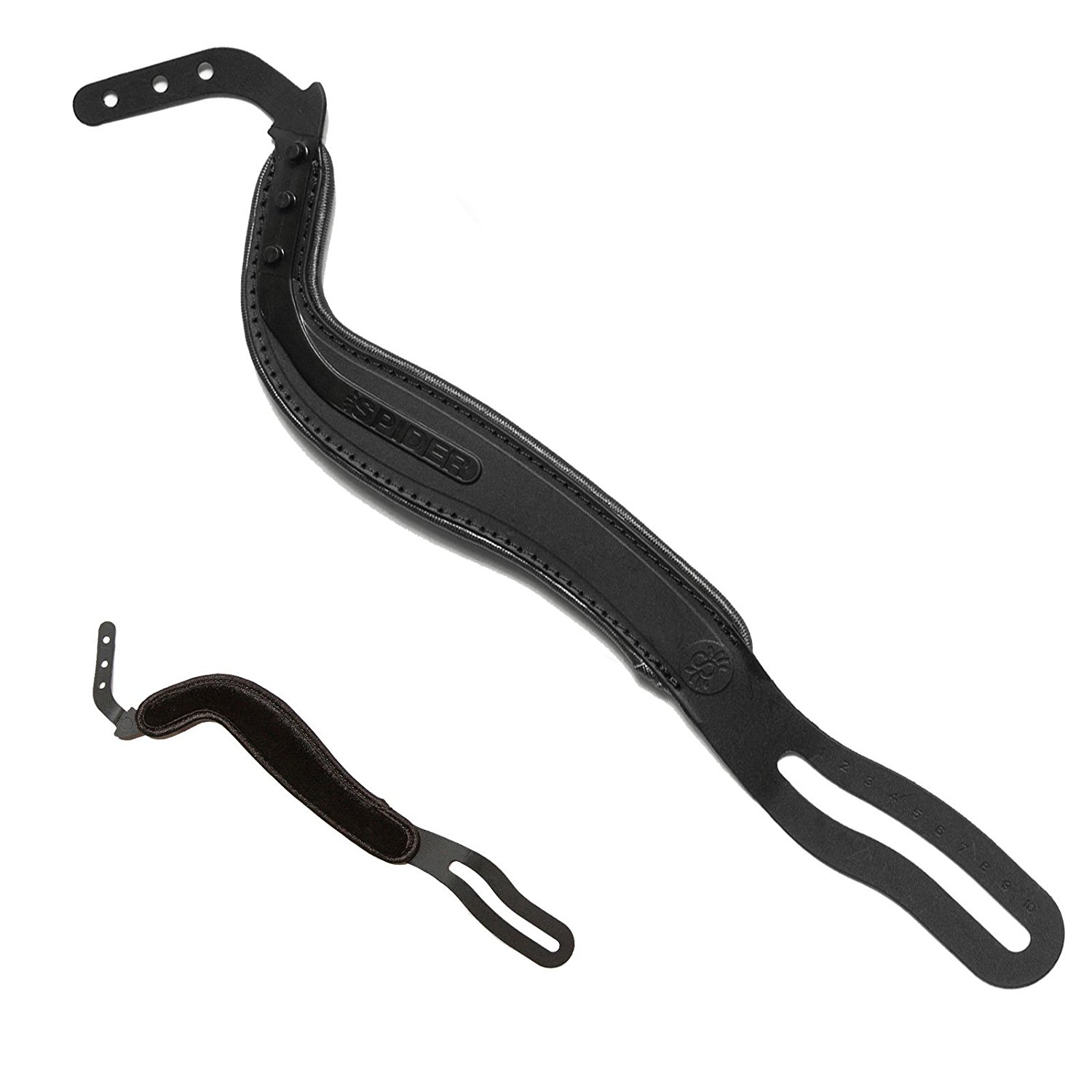 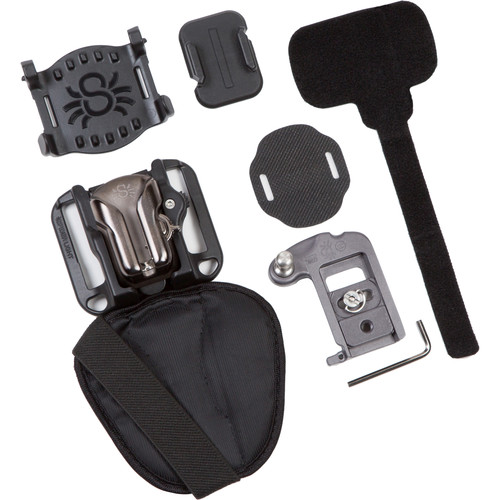 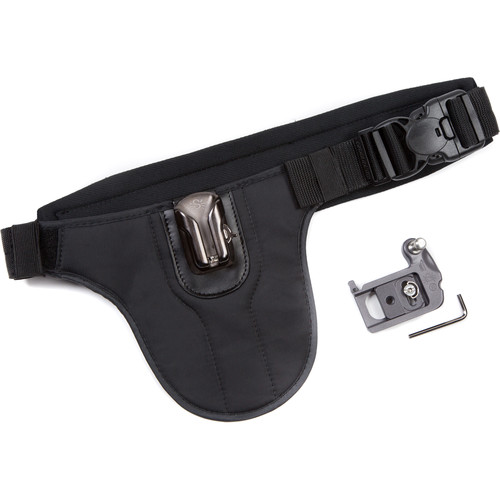