Thanks to the British Journal of Photography, Lens Lab has been fortunate enough to get an interview with the inspirational 2017 Portrait of Britain winner, Clare Hewitt. Here's what we found out... 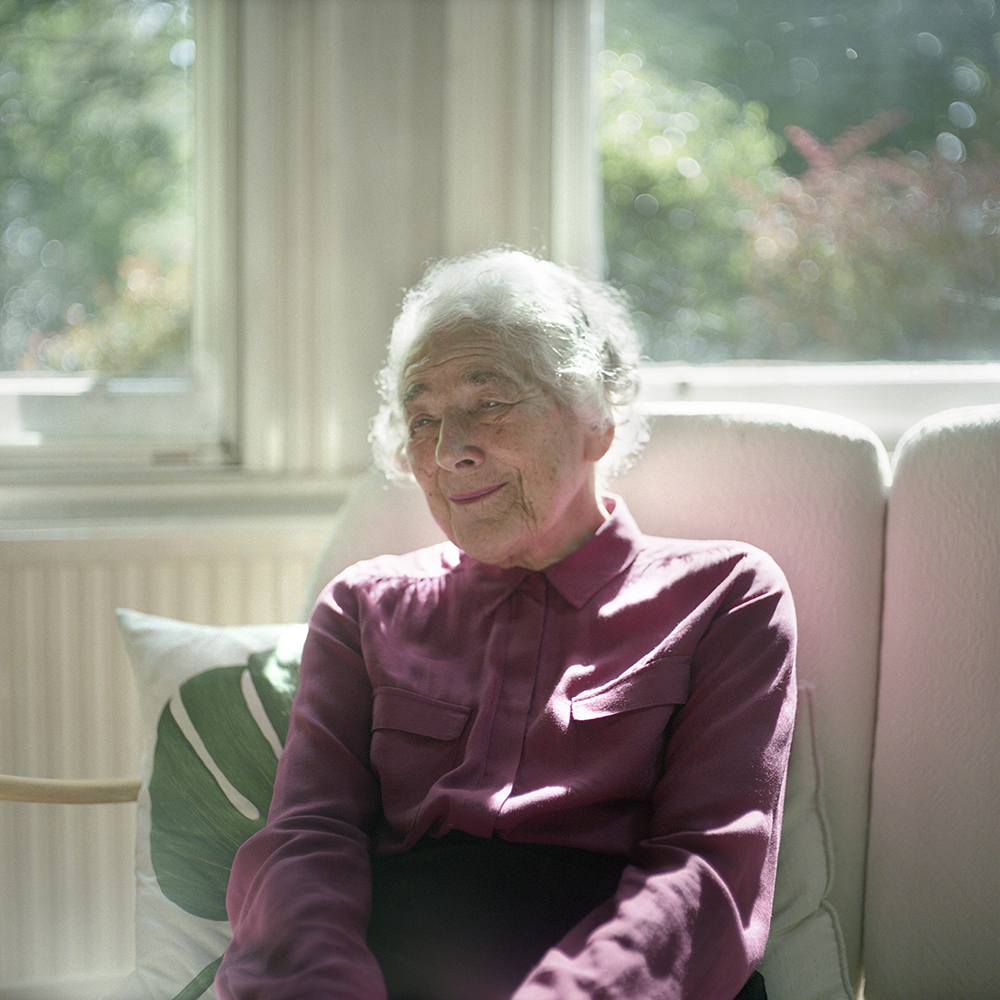 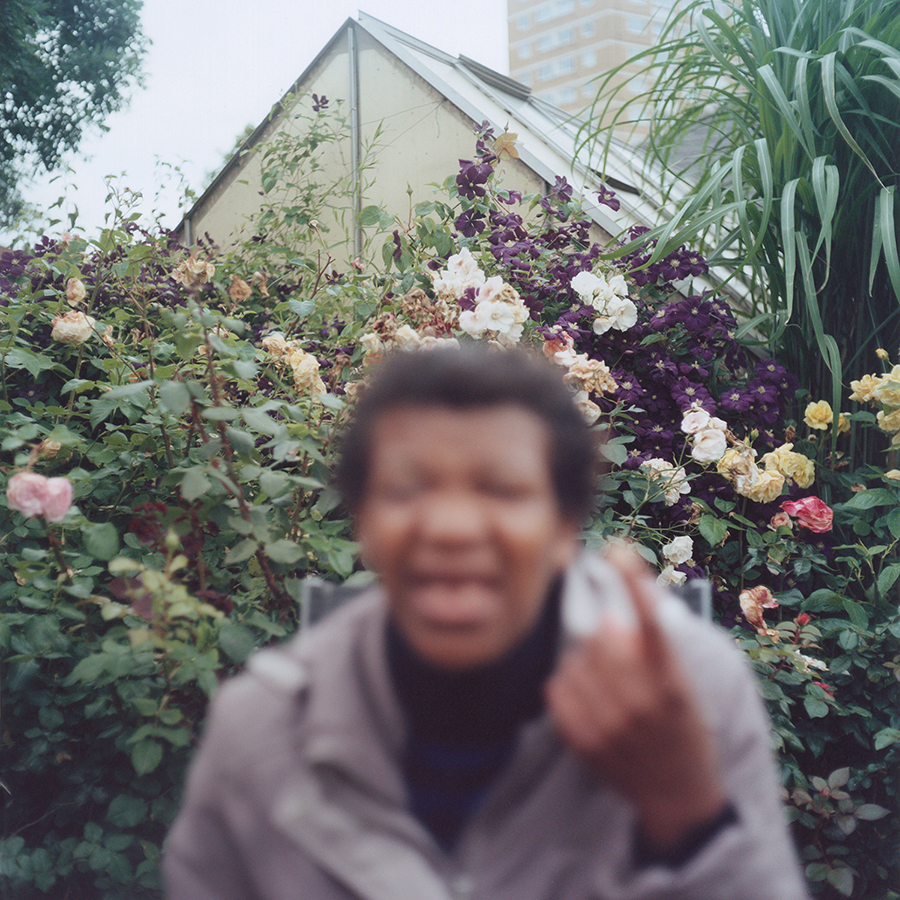 Can you tell us a bit about the story behind how you came to photograph Judith Kerr?
I was commissioned by Gerry Badger, Creative Editor at New Statesman, to photograph Judith at her home to accompany an interview by Erica Wagner that was being published in the 2015 Christmas special of the magazine.

You immerse yourself in your subjects daily lives and gain a deep understanding of who they are and what makes them tick. Was this the case with Judith Kerr?
This sense of immersion is definitely true for my personal work, which I usually make over a number of years. It’s different for commissioned portraits because the amount of time I have to work with my subjects is much more limited; in the past it has been anything from 90 seconds to two hours. Trying to get an understanding of a subject under these circumstances can only really be achieved through research prior to meeting them, and the interaction we have throughout the shoot. During commissions I try not to direct too much, but to let the subject just be. I think humans are the most fascinating when they are themselves, and I enjoy observing this through photography.
I was very aware of Judith’s work because the Mog series had been a favourite of my mum’s as a child and she read them to me when I was growing up.
I often watch interviews with my subjects online before photographing them to get a sense of their mannerisms, posture, character, etc. Before the shoot I researched Judith and watched the BBC documentary, ‘Hitler, the Tiger and Me.’ I learnt that Judith came to live in Britain from Berlin as a refugee when she was nine. Her father was a German-Jewish writer, wanted by Hitler. In the documentary, Judith went back to Berlin to visit her local train station, from where the Nazis sent Jewish people to death camps. She said: “In a way, you feel you owe it to them to do something with our lives. What they wouldn’t have done with just a little bit of what we had.” From this I got a real sense of her gratitude for life. She has achieved so much personally and professionally, which seems to follow from this sense of gratitude. It also struck a chord with me in light of the current political climate. Going into the shoot, those were the things that informed my time with Judith. I had half an hour with her, and during that time I hope I captured an aspect of her sensibility and spirit.

The Tiger Who Came To Tea has been read to millions of children at bedtime. Do you have any favourites from childhood? What are you planning to read to your child as she grows up?
I loved reading as a child. My favourite was Roald Dahl, so I’m looking forward to sharing his stories with my daughter. I still have lots of books from my childhood, including Beatrix Potter and Enid Blyton, but I’m also excited about discovering contemporary children’s literature - anything that nurtures her imagination.

Many photography journeys start with the birth of a child and the purchase of a new camera to capture images of their new family.  How do you think having a child of your own will change what you do with your camera?
I gave birth to my daughter ten weeks ago, and I’m learning so much about her and myself. She encourages me to be very present, and also makes me really appreciate how precious time is. I think those things will feed into my work going forward, but the exciting thing is that I have no idea how that will manifest visually, so I’m really welcoming that sense of openness and experimentation.

At Lens Lab, we love gear. We would really love to know what’s in your kit bag?
I shoot the majority of my work on film, and I’m a big fan of the analogue process. It helps me to look and observe, and to appreciate the art of hand printing. My portrait of Judith Kerr was shot on my Mamiya C220, which I use for a lot of my work, but I also have a Mamiya RZ67. I love shooting large format and I have a Sinar P2 that I use frequently. I’ve recently bought an Intrepid 5x4 camera, which is much more mobile, and I’m looking forward to working with that in the future.

We also love the work you did with Eugenie, you have a really good body of creative work out there. Where will you go next with your photography?
In 2015 I began writing to a man I call Duke, a prisoner on death row in America who spends 22 hours a day in his cell. With each letter, I create a large format landscape photograph that I make during long, meditative walks that help me process my experience of therapy. The photographs become part of his cell wall and are an escape from his solitude. Duke responds with letters and artwork, and so our written and visual dialogue continues. I plan to make this work for as long as possible.

A lot of your work is centred around people who are in extreme circumstances. Can you describe what attracts you to your subjects?
I studied a degree in law before studying photography, and that has really informed the subjects I’m attracted to. I was always interested in the way that we treat each other both publically and privately, and how that affects our lives. By focussing on single individuals who have experienced extreme circumstances, I can discover a lot about the human condition much more generally.

How has winning Portrait of Britain affected your confidence in creating more work? What would you say to encourage others to enter the competition?
I try to focus on the content of the work itself and the process of making it, and less so on the final exposure the work gets, so I didn’t think of Portrait of Britain as something that affected my confidence in making new work. However, seeing my portraits exhibited around the country in public spaces was very exciting, and I enjoyed getting my work seen by a wider audience through the BJP.
I think there’s a really interesting variety in the portraits selected, and so I would encourage anyone to enter in order to represent the people of Britain in this current moment using their own creativity and to be able to exhibit this to a diverse audience.